It’s so nice to share with your friends! Sometimes when I am drawing, when in need, I use part of an area within my unit shapes, for use inside another cell. It helps to solve design issues of space. The images below illustrate this concept.

Sharing heads like in the grocer and the shopper. The shopper shares its eyes with its mirror counterpart. The mirror passes right through the middle of the eyes. The forehead is the shared part, as it functions both as the nose/mouth/chin area. Looks a little off, but it still works.

Sharing a head three ways, a new one for me today, in Heel to Heel and Head to Head. Took a while to figure this one out. Minimalism works best, one single dot. repeated by rotation, works as both eyes and nose. One small curve, works as both the mouth and the eyebrows. And by pure luck, the chin beard repeats twice to frame a bald spot! 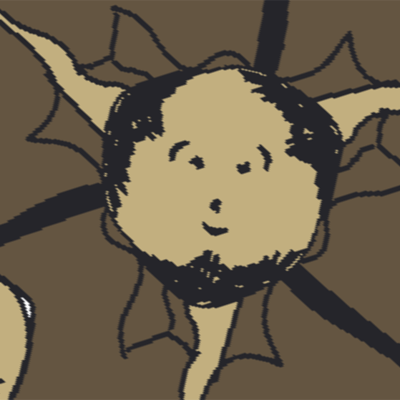 An area that shares itself between two figures.
Sometimes for the same purpose as all of the above.

Sometimes for a different purpose
Like in the gun in hand and gun in the mouth. Accidental Suicide. Really? A highly interactive tessellation. 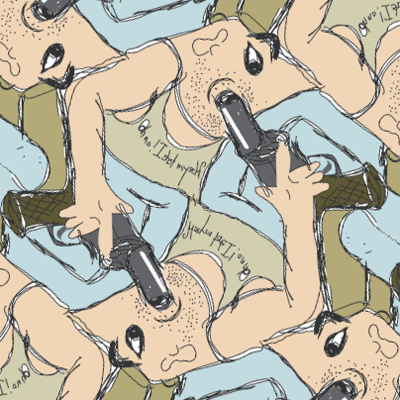 Or
Sharing eyes and faces like in the Inuit and the White Explorer. The Inuit’s face, surrounded by a fur hood, and mirrored above, acts as the Explorer’s goggles.

My nephew calls some of these humans “unibrows”!
Moustache acting as eyebrows and beard acting as hair. Just slightly weird in the image below. He boxes for ABBA!

One thought on “Sharing areas within a tessellation — dual purpose space”