Rabbit issues abound here on the Island. They are invading cities and especially University campuses. Possibly seeking higher education. Possibly hiding from the highest population density of cougars in Canada. The ones here were rescued from UVic, spayed (would you believe) and let loose in Coombs, not too far from the Goats on the Roof.

And the zoomed-out version of the image. Click on them to see a larger image.

Now wouldn’t it be funny to have rabbits on your duvet cover! Hehe.
www.society6.com has them, along with other cool stuff. 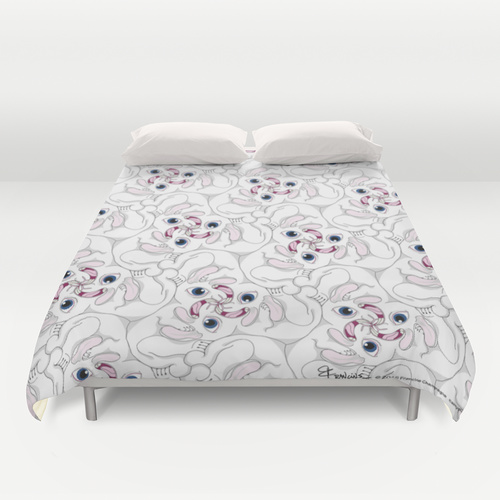 2018-10-16; Still nice and cuddly even with their wicked teeth, here they are with a colour variation. Pooffy tails. 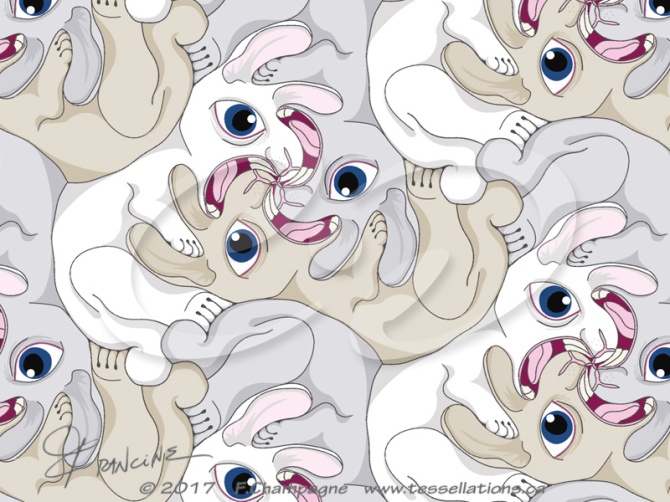 One thought on “Rabid Rabbits tessellation”