Please, do not go out to eat at the restaurant Cuckoo Trattoria and Pizzeria out behind the Goats on the Roof, in Coombs, Vancouver Island, BC. Food poisoning! Five instances, in two visits by different people. One senior I know, is renowned for his stainless steel stomach, the guy can eat anything short of a school bus. Well, he got sick a few years ago, after being served a lasagna at Cuckoo. It did look a bit suspicious, as in not really layers of pasta, rather a mush of organic matter smothered in cheese. Other than this instance, he’s never been sick from food poisoning in his life.

The other story is more recent. This fall, a friend’s son and wife, along with their inlaws went to get some takeout pizza and pasta. The four of them had a meal of this Cuckoo pizza and pasta at home, while the two kids had Mmmm Kraft dinner. The two couples split for the evening, the inlaws going out to Tofino for the weekend, and the family staying at home. Both couples got sick. Neither of the kids got sick. Easy to figure this one out. Scientifically speaking, the kids were the control group!

My sketch for today reflects this series of food poisoning incidents. Below is the zoomed-in version of my tessellation. Note the rather obvious skull and cross bones, in the general area of the chef’s creations. 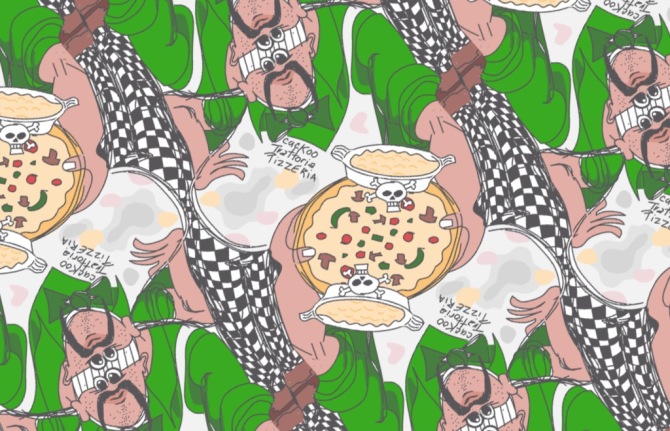 And the zoomed-out equivalent of the toxic foods! 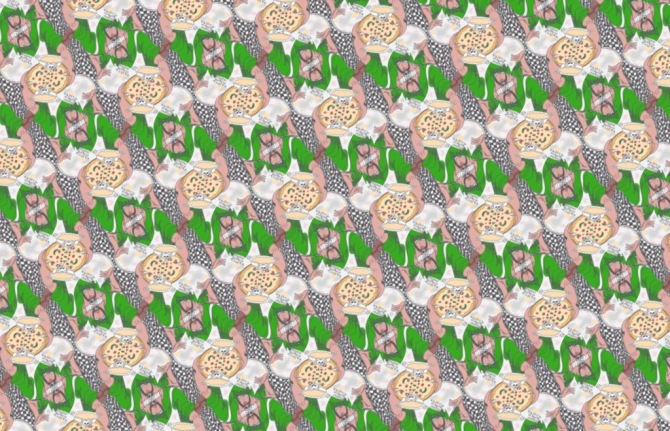 Well. I said I might clean up the drawing from a sketch. That was a month ago. I did cleaned it up.  Now let’s hope THEY clean up their act too! Poisoning people is not a good way to get repeat customers. 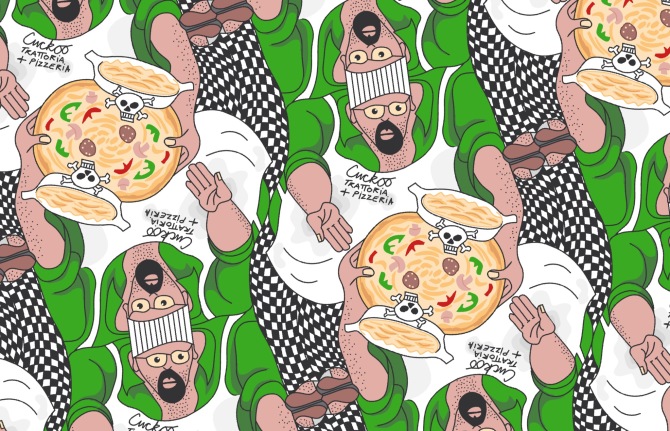 2018-10-18; Even with nasty comments, I’m sticking to my story.  Here is a variation on the colour scheme for this tessellation. 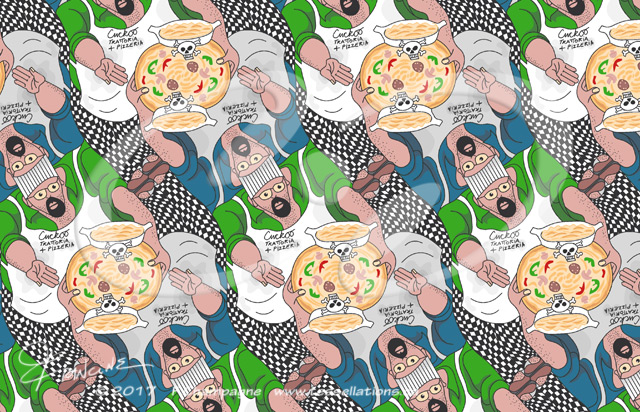