A new iPad app for me, iOrnament, is not quite as versatile for me to create tessellations, or as they seem to call them, nested forms. It feels like an earlier version of KaleidoPaint, as it allows no editing in the line shapes/colours/thicknesses after the line has been put in place. There is no option to fill an area either. I’ve solved this by using the top layer for outlines, and scribbling a fill on a layer below these lines.

The tessellation below was done in this manner. Bottom layer is the base colour of the dogs, middle layer the black outline, top layer the hair texture, although those last two layers could have been in either position. 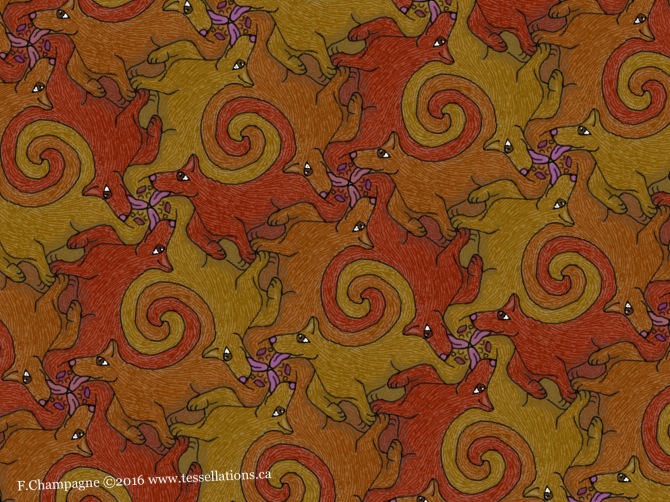 I am totally exploring the variable colour option while painting the colours. There is some control in choosing these triads, but not as much as I would like.