Djeeewizz it’s hot out today, sure hope my hair doesn’t get too messed up. Another tessellation popping up out of the blue. Have no idea where these originate from, deep within my cranium. She sort of reminds me a bit of Elaine on the TV sitcom Seinfeld. Hoping I can make a few people chuckle. 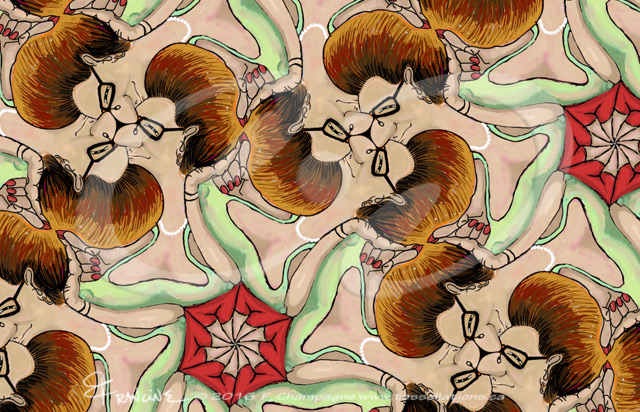 The zoomed out version of the tessellation. 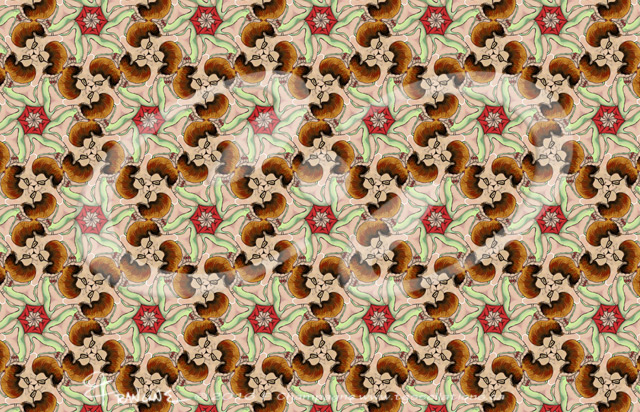 And with iOrnament, the iPad app, you can map these drawings onto a sphere. Super cool!

Oh, and please don’t forget to hire the PowerPoint expert, that’s how she makes a living!

2018-10-18; Varied the colours on the six instances of Elaine, but I’m not convinced that the move helps the viewer see and understand the tessellation any better. I perceived that I may have to vary skin tone as well. This is exhausting as well as hot.

One thought on “Djeeewizz it’s hot out today tessellation”