The other side of me is the carver, 3D instead of digital artwork. I came across a carving by Chouki Derrouiche, a tessellation of Whirling Dervishes carved with different woods. Spectacular. I undertook to figure out which symmetry system Chouki used to create his nested shapes. I was baffled as to which symmetry system was being used– one 3 point rotation at the head, then the two 3 point rotations at the sleeves, both of these identical across a mirror. Till I looked a little closer; those two sleeves are not identical, not mirror images, no mirrors here. It looks like a figure with bilateral symmetry, but it’s slightly asymmetrical. The white dots placed at the sleeves and hat follow the pattern of a P3 symmetry system.

Below is my attempt at recreating the tessellation using KaleidoPaint. Not a bad sketch. I do like symmetry systems that do not have mirrors.

I also tried to create the nested shapes using iOrnaments, another iPad app. The 2D results using symmetry system P4 are more awkward, uncomfortable, with no attempt a faking any symmetry. I would need to start from scratch. Not happy with this one.

The only benefit of using this iOrnament app, is that it offers the possibility of mapping the result onto a sphere, which is cool. The disadvantage is that it is a sketching app, there is no possibility of tweaking the perimeter of your shape – iOrnaments is a infant compared to KaleidoPaint’s strong malleability. 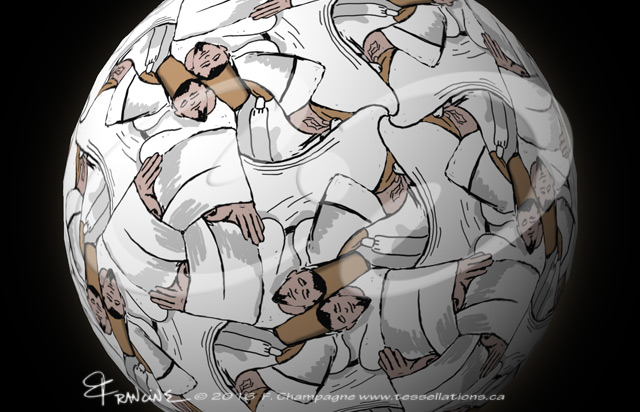 Not lost is the phonetic similarities between dervish, Derrouiche, et derviche en français. 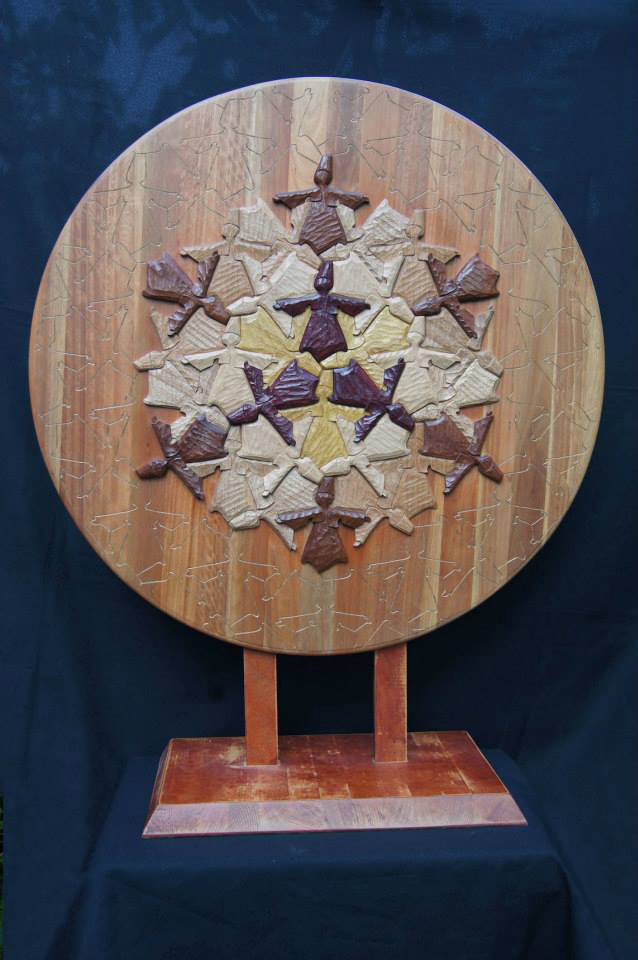 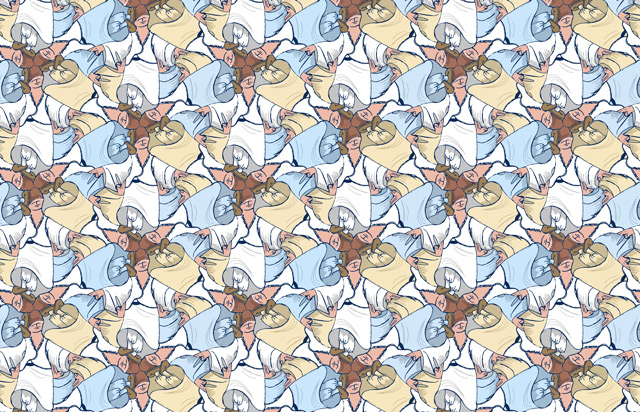