There are so many nicknames I could repeat. So many comments. It did not take me long to modify my Darwin Award Nominee tessellation from a few years ago, to reflect this new #tradewar character. Three days ago, the day the Trade Wars started. I would be surprised if there is a country on this planet, that he has not insulted or made war with inside his head.

Freedom of expression. I will let you put some comments below instead! 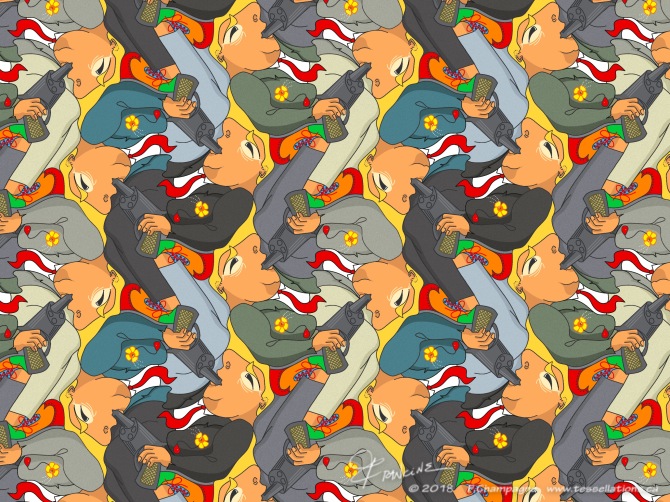 This tessellation is sort of like the character himself – in the past two years, everywhere you turn you see him. Pollution.

If it’s entertaining and scary at the same time, does that make it a horror movie?

Not one conversation, not one glance at the TV, not one look at social media is immune to his toxic presence. He probably adores this, exactly what he wants.

Too many discussions about this clown. 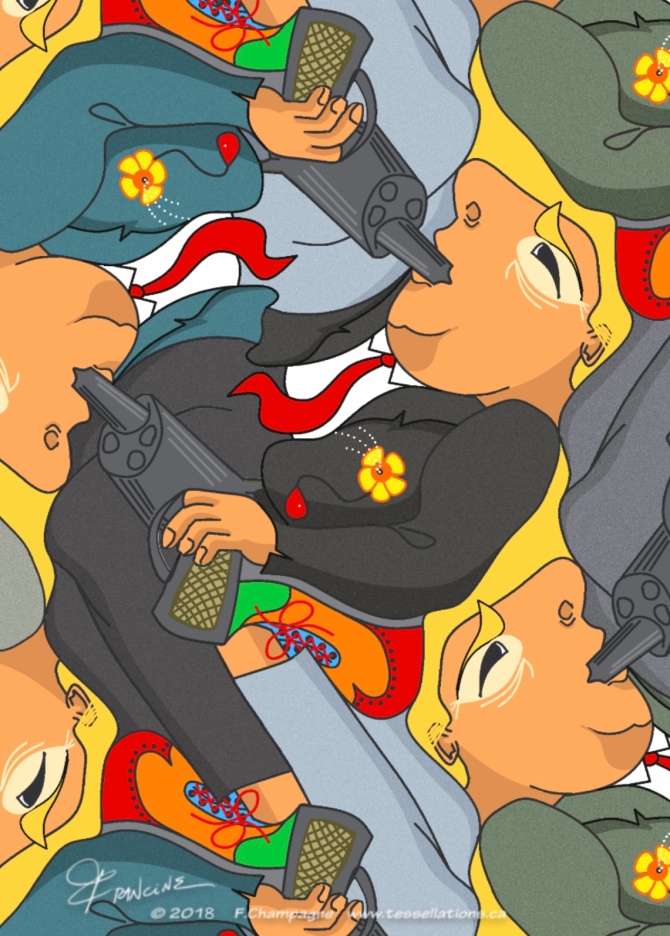 Everybody is giving him the platform he craves, including Canadian news broadcasts. Everyone like a showman. Unfortunate.

Maybe that security threat with steel imports is that you can hide a terrorist in the empty (hiding) space of that huge roll of steel sheeting. In the donut’s hole. Timbit terrorists!

I’m purging all of this toxic material out of my system.